Buffalo Studios cross platform game Bingo Blitz is one of the most popular and played games on Facebook. Other game developers have tried to copy it but none have had the success of Bingo Blitz. Bingo Blitz mixes traditional bingo with arcade style game play. The game offers players a unique social game experience and about 2.7 million people play regularly so they use different server services from sites as https://www.servermania.com/dedicated-servers-canada.htm in different countries as Canada to keep the game running all the time. Bingo Blitz added another twist to the classic game; monthly premium subscriptions that give players benefits and exclusive rewards. The game offers larger daily bonuses for every day that subscribers come back to play in addition to VIP access to special bingo rooms.

Buffalo Studios has increased total revenues by 8% using subscriptions. The company has created a steady and predictable monetary stream that other game developers can only dream about. BINGO Blitz subscribers are the game’s most dedicated players and 85% return daily to collect their rewards. Monthly renewal rates are 80%. Bingo Blitz is also available to play on iOS, Android, and Facebook.com.  Subscriptions follow the Facebook payments engine. Chris Bowden, senior software engineer at Buffalo Studios, said that integrating the game with subscriptions on Facebook was “painless, especially considering the amount of business value exposed by such a simple API.”

Subscriptions are bringing another revenue stream to game developers who have traditionally relied on one-time purchases to monetize players. Since games like Bingo Blitz provide subscribers with ongoing value they also provide game developers with a predictable source of revenue that will build over time. Buffalo Studios is using subscriptions to complement the traditional monetization of one time purchases. Buffalo Studios tries to make subscribers feel unique and special compared to regular players. Bingo Blitz has created features and perks only available to subscribers such as bonuses and credits along with VIP access to special playing rooms, which feature varying cities. Custom icons and avatars are created for subscribers. 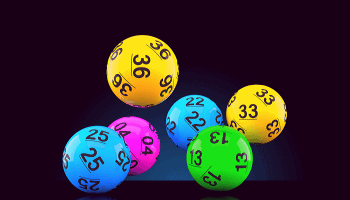